The consequence of the loss of capillary functionality and a decreased ability of the lymphatic system to eliminate toxins, is to be found in the phenomenon of puffy eyes. 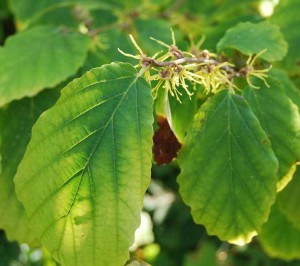 part of the hamamelidaceae family, it is native to the eastern United States and Canada. Witch hazel contains a lot of tannins, that’s why it has an astringent and purifying action.

also known as  tocopherol, it has an important antioxidant function and protects the body against the effects of free radicals and oxidative stress. Cell membrane contains lipids whose actions help to prevent oxidation. Tocopherol is a fat soluble vitamin well conveyed in the lipid composition of the skin as such, where it operates as a membrane stabilizer protecting the same against damage by free radicals. Vitamin E and A molecular complexes are particularly stable in cosmetic formulations, so that they’re definitely effective in anti-ageing treatments.